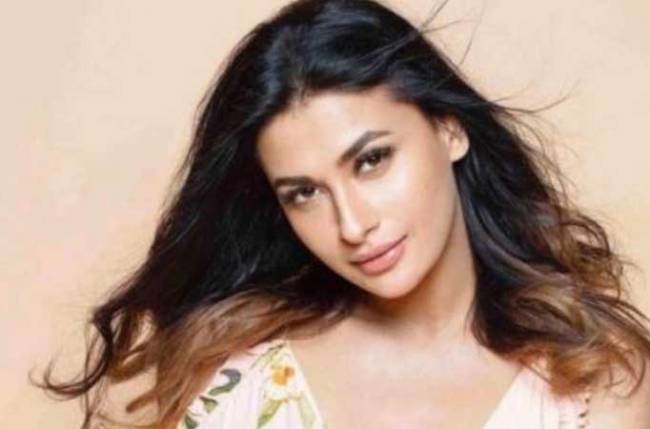 Pavitra Punia was all over the news for her stint in Bigg Boss 14. The actress embroiled in fights with many contestants during her stay in the controversial house.

The Baal Veer fame’s closeness with Eijaz Khan became a major topic of discussion in the house. Eijaz and Pavitra’s bond saw lots of ups and downs till Pavitra’s journey ended in the house.

Well, the actress managed to survive in the show for quite a long time and fans poured her with all the love and support.

The diehard fans are missing her on the show, and Pavitra too keeps sharing all the fond memories and fan-arts featuring her.

The actress has been quite vocal about her thoughts related to the Bigg Boss 14 contestants and extended her support for them.

However, Pavitra has now called out a fake account who is making comments on Rubina Dilaik. The actress has shared a screenshot of the same on Instagram and alerted her fans about the matter. 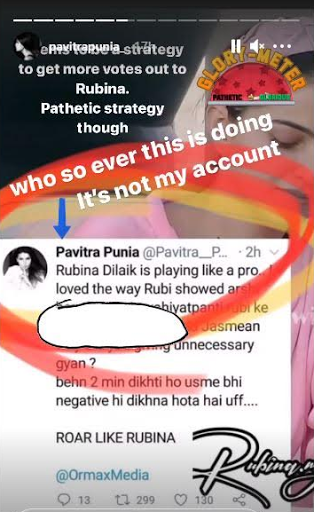 Pavitra has cleared it that it’s not her account who is commenting on Rubina and that no one should believe in these comments.

Well, celebs have often faced such issues in the past. We hope Pavitra’s fake account gets reported.

Gaurav, Narayani feel no discomfort in being friends after split